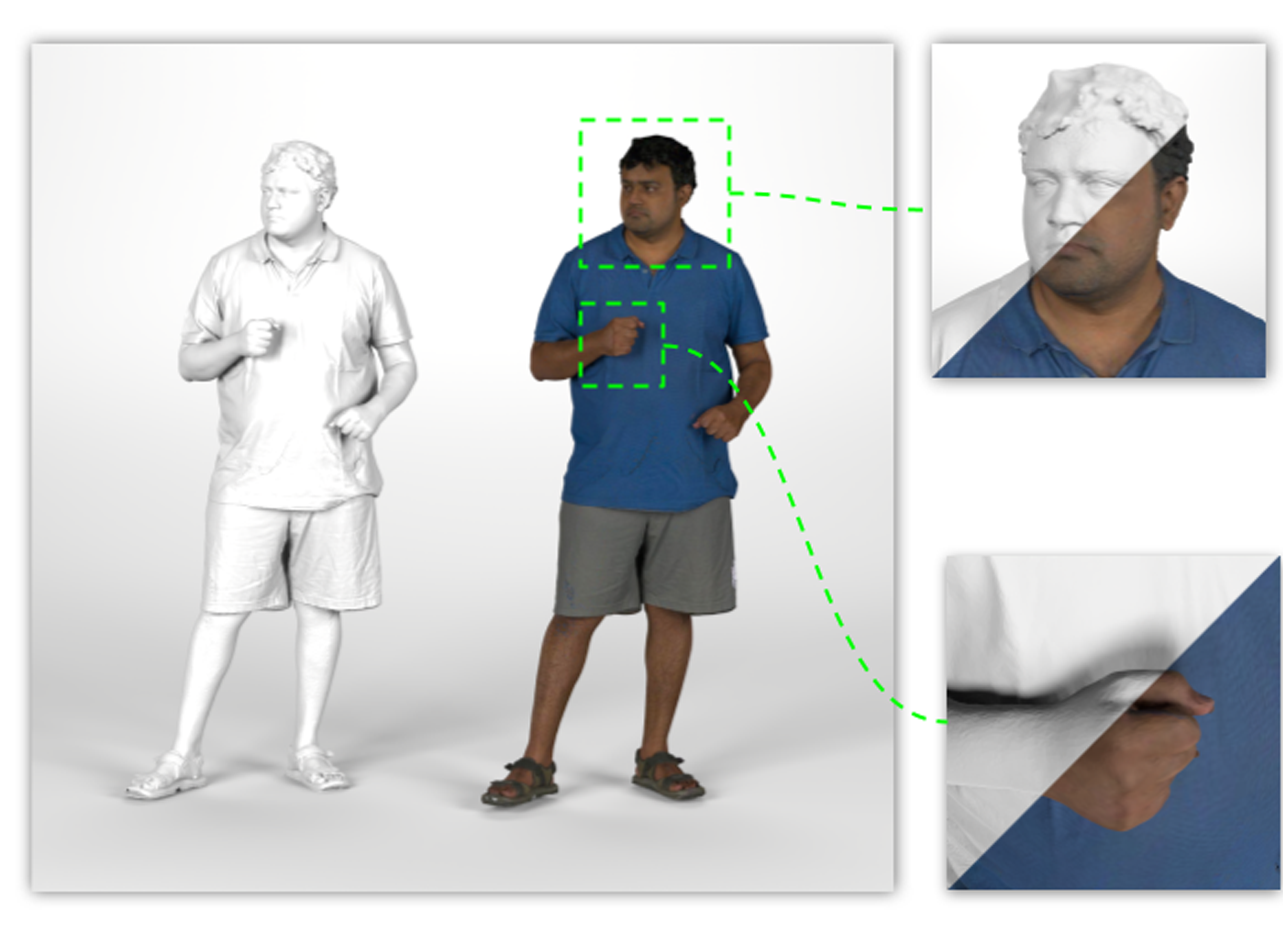 SHARP-3DHumans dataset provides around 250 meshes of people in diverse body shapes in various garments styles andsizes. We cover a wide variety of clothing styles, ranging from loose robed clothing, like saree (a typical South-Asian dress) to relatively tight fit clothing, like shirt and trousers. The dataset consists of around 150 male and 50 female unique subjects. Total male scans are around 180 and total female scans are around 70.

Trees are an integral part of many outdoor scenes and are rendered in a wide variety of computer applications like computer games, movies, simulations, architectural models, AR and VR. This has led to increasing demand for realistic, intuitive, lightweight and easy to produce computer-generated trees. The current approaches at 3D tree generation using a library of trees lack variations in structure and are repetitive. This paper presents an extended grammar-based automated solution for 3D tree generation that can model a wide range of species, both Western and Indian. For the foliage, we adopt a particle system approach that models the leaf, its size, orientation and changes.

We are solving the problem of 3D object recognition. Instead of recovering the 3D of object we are encoding the depth variation in object with deformation induced in pattern projected on object from certain pose. We proposed some effective features which can effectively characterize deformation of projected pattern for the purpose of recognition.