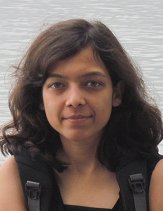 Advances in cameras and web technology have made it easy to capture and share large amounts of video data over to a large number of people. Also, an increasing number of video cameras observe public spaces like airports, train stations, shopping malls, streets, and other public places today. Video surveillance is an important tool to prevent, detect and reduce crime and disorder. It is also widely used to monitor people's conduct, detect their presence in an area and/or possibly study their actions too. However, many civil rights and privacy groups have expressed their concern that by allowing continual increases in surveillance of citizens, we will end up in a mass surveillance society, with extremely limited, or non-existent political and/or personal freedoms. With the widespread use of surveillance today, we are becoming used to ''being watched''. As time goes on, the more accustomed we become to video surveillance, we are not as likely to fight to maintain our right to privacy. Critics believe that in addition to its obvious function of identifying and capturing individuals who are committing undesirable acts, surveillance also functions to create in everyone a feeling of always being watched, so that they become self-policing. At the same time prices of hardware have fallen, and the capabilities of systems have grown dramatically. The day is not far when it would be easy to convert even the lowcost video surveillance units into ''intelligent'' human recognition systems. These raise concerns on the unintentional and unwarranted invasion of the privacy of individuals caught in the videos.

The data collected during video surveillance consist mainly of images and sounds which allow identification of people captured, whether directly or indirectly, in addition to monitoring their conduct. While there may be a possible security need to identify the individuals in these videos, identifying the action suffices in most cases. The actor needs to be identified only rarely and only to authorized personnel. The privacy concerns related to the processing and distribution of the collected videos are genuine and will grow with wider adaptation of video technology. To address these concerns, automated methods to de-identify individuals in these videos are necessary. De-identification does not aim at destroying all information involving the individuals. Its ideal goals are to obscure the identity of the actor without obscuring the action. There is a natural trade-off between protecting privacy and providing sufficient detail. The goal is to protect the privacy of the individuals while providing sufficient feel for the human activities in the space being imaged.

The policies on the privacy issues are still unclear and are fast evolving. The need of the hour is to be cautious as digital data has the potential to be replicated with little control, especially when placed on the cloud. This thesis outlines the scenarios in which de-identification is required and the issues brought out by those. We also present an approach to de-identify individuals from videos. Our approach involves tracking and segmenting individuals in a conservative voxel space involving x, y and time. A de-identification transformation is applied per frame using these voxels to obscure the identity. A robust de-identification scheme with a randomization module was designed in order to make reconstruction and comparison based identification attacks impossible. Face, silhouette, gait, and other characteristics need to be obscured, ideally. We show results of our scheme on a number of videos and for several variations of the transformations. We present the results of applying algorithmic identification on the transformed videos. We also present the results of a user-study to evaluate how well humans can identify individuals from the transformed videos. The results showed that as the parameter controlling the amount of deidentification increased, the actors became less identifiable (more privacy), while the video started losing the context and detail. The studies also suggest that an action can be recognized with more accuracy than the actor in a de-identified video, which is the guiding principle of de-identification. We also created a suitable dataset for the purpose of user studies, as the standard datasets available online are not challenging enough for such an evaluation.