All visible objects have shape and texture. The main aim of computer graphics is to represent and render real world objects efficiently and realistically. To make the objects look realistic from a geometric point of view, we have to make sure that the shape and texture of the object are accurate. In practice, shape is either hand crafted using 3D modeling tools such as Blender, or is acquired from real world objects using 3D reconstruction techniques. Texture is the second aspect of appearance that must be ensured to make the rendered objects look real. The texture has to be pasted on the surface in such a manner that it perceptual corresponds to the correct part of the mesh. This process of pasting the texture on the surface of a mesh model is called Texture mapping. Texture mapping can be done in two ways. First way is to texture a surface by synthesizing the texture directly on the surface. The second method is to wrap a synthesized texture around the surface and cut and merge the seams so that it fits correctly on the surface. To visualize this problem we can think of texture as a cloth. The first method can be thought of weaving around the body to fit it exactly like a sweater, while the second method is like cutting and stitching an already woven cloth according to the shape of the mesh model. In this thesis we propose a new method that follows the second approach. The primary goal of our method is to map a texture on to large mesh model at interactive rates, while maintaining the perceived quality.

The primary technique for mapping a flat texture (image) onto an arbitrary shaped mesh model is to parameterize the shape, which defines a mapping from points on the mesh surface onto a 2D plane. When parameterizing these mesh models, we try to maintain the geometric correspondence between the mesh vertices intact to reduce the distortion of the texture. Typically, parameterizing a mesh model involves solving a set of linear equations representing the geometric correspondence of the triangles. The approach involves defining an energy function for the mapping and searching for a global optimum which minimizes the distortions during the mapping. Such methods are capable to achieving texture mappings that has high perceptual quality. However, typical energy minimization procedures are computationally expensive and cannot be applied for real time applications or with large mesh models.

To complement the proposed texture mapping algorithm, we introduce a method to make a texture self tileable. This allows us to store only the texel structure, if the required texture is repetitive. We present qualitative and quantitative results in comparison with several other texture mapping algorithms. The proposed algorithm is robust in terms of the output quality and can find applications in different scenarios such as rapid prototyping, where you require interactive texture mapping rates and the ability to deal with dynamic mesh topology. It can also be used for applications such as large monument visualizations, where we need to deal with large and noisy mesh models that are generated using techniques such as multi-view stereo. (more...) 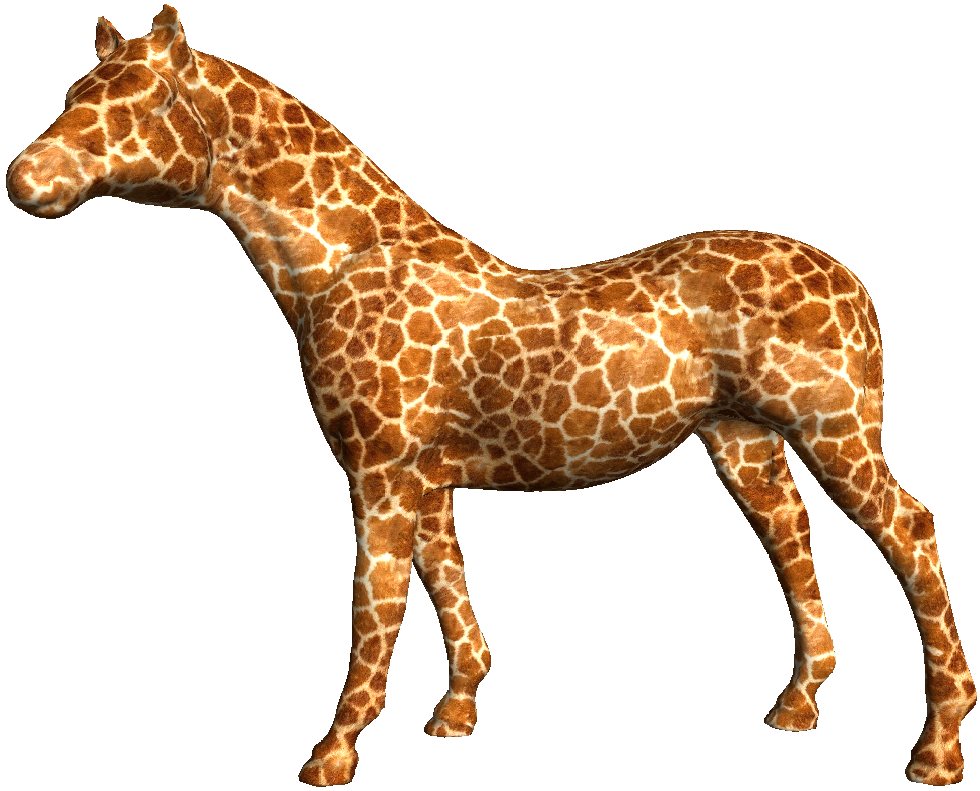