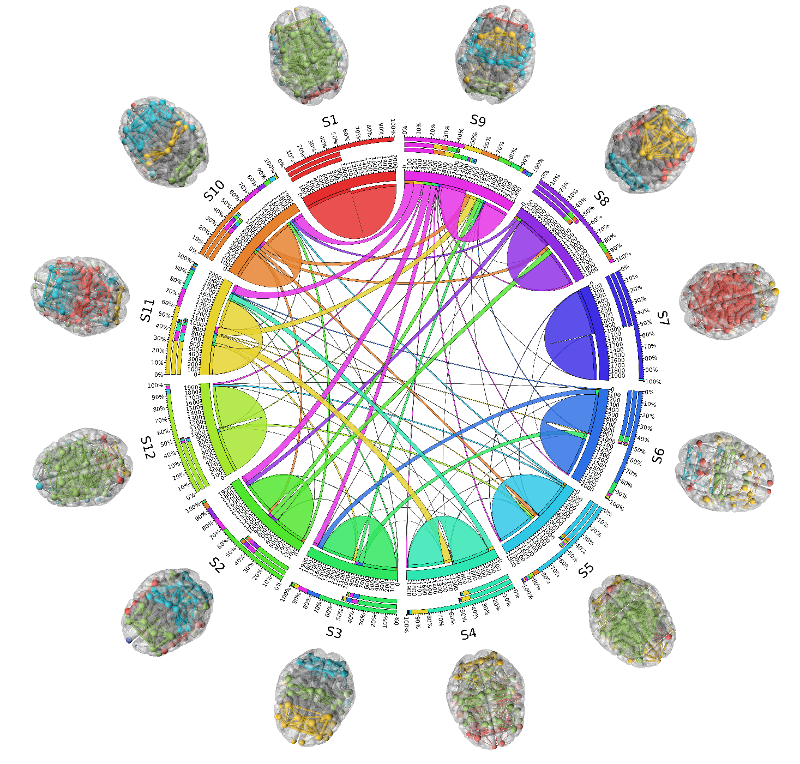 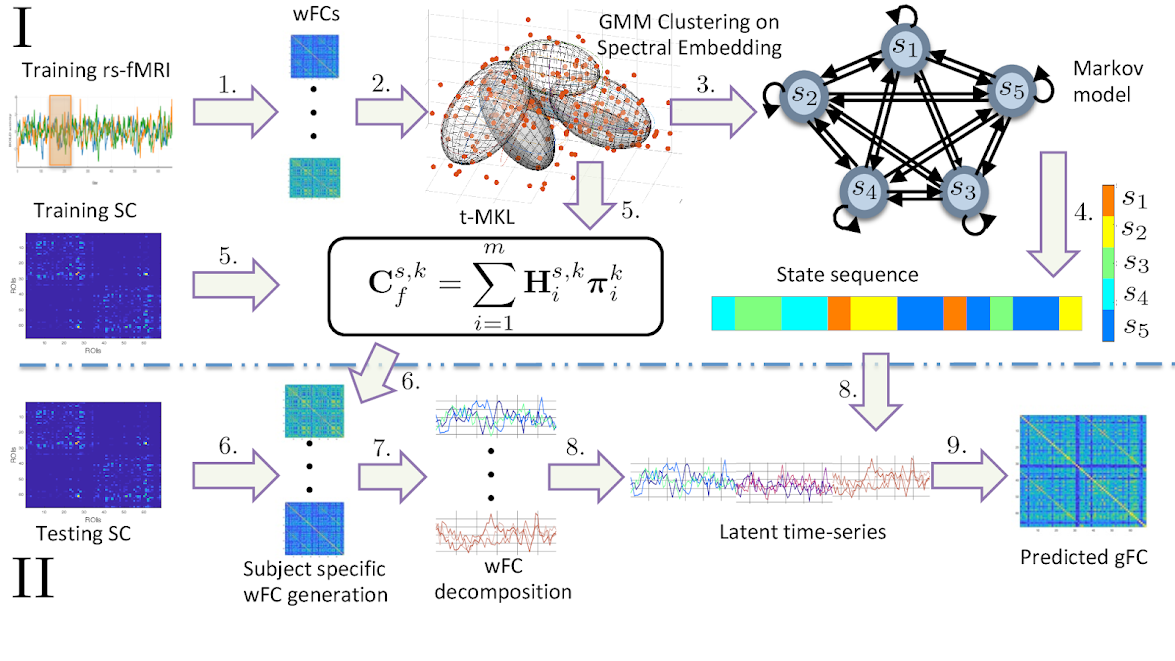 It has been widely accepted that rs-fMRI signals show non-stationary dynamics over a relatively fixed structural connectome in terms of state transitions. We partition the fMRI timeseries signals using sliding time-windows resulting in time-varying windowed functional connectivity (wFC) matrices. Clusters of all these wFCs are considered as distinct states constituting functional connectivity dynamics (FCD). Transition between states is modeled as a first order Markov process. We use a graph-spectral theoretic approach : temporal - Multiple Kernel Learning model that characterizes FCD as well as predicts the grand average FC or the FC over the entire scanning session of the subject. 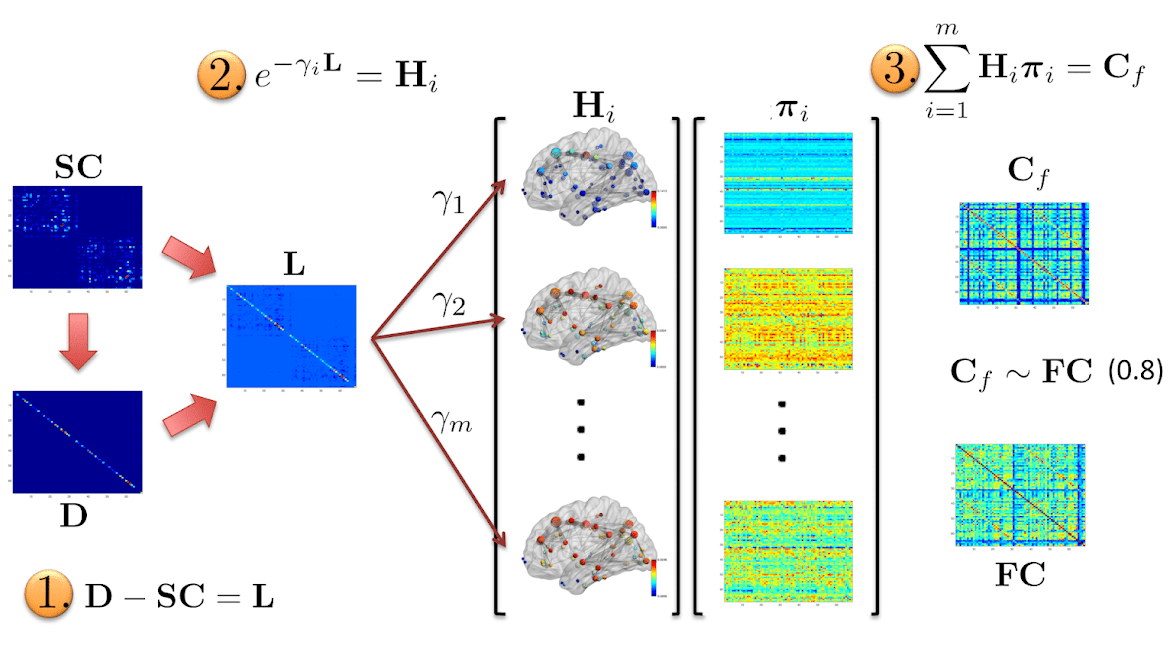 A challenging problem in cognitive neuroscience is to relate the structural connectivity (SC) to the functional connectivity (FC) to better understand how large-scale network dynamics underlying human cognition emerges from the relatively fixed SC architecture.

We highlight the shortcomings of the existing diffusion models and propose a multi-scale diffusion scheme. Our multi-scale model is formulated as a reaction-diffusion system giving rise to spatio-temporal patterns on a fixed topology. Our model is analytically tractable and complex enough to capture the details of the underlying biological phenomena. We hypothesize the presence of inter-regional co-activations (latent parameters) that combine diffusion kernels at multiple scales to resemble FC from SC.